Traffic Mirroring: Theory and Practice (with tc and Tunneling)

Traffic mirroring (also called port mirroring in some cases) is a technique to send a copy of the network traffic to a backend system. It is commonly used by network developers and administrators/operators to monitor network traffic or diagnose problems. Many systems rely on traffic mirroring function, such as intrusion detection system (IDS), passive probe, real user monitoring (RUM), traffic replay system, etc. [1]

Traditional traffic mirroring solutions are based on hardware switches, and are vendor-specific, which often found to be expensive, hard to use and difficult to evolve. With the raising of network virtualization techniques, software-based and vendor-agnostic solutions emerge, which are more flexible and easier to upgrade.

This post first discusses the technical requirements for traffic mirroring, then investigates a specific solution based on tc and tunneling. To make this a hands-on guide, we will set up a container-based virtual environment, but it also fits the physical (servers and networks) environments. 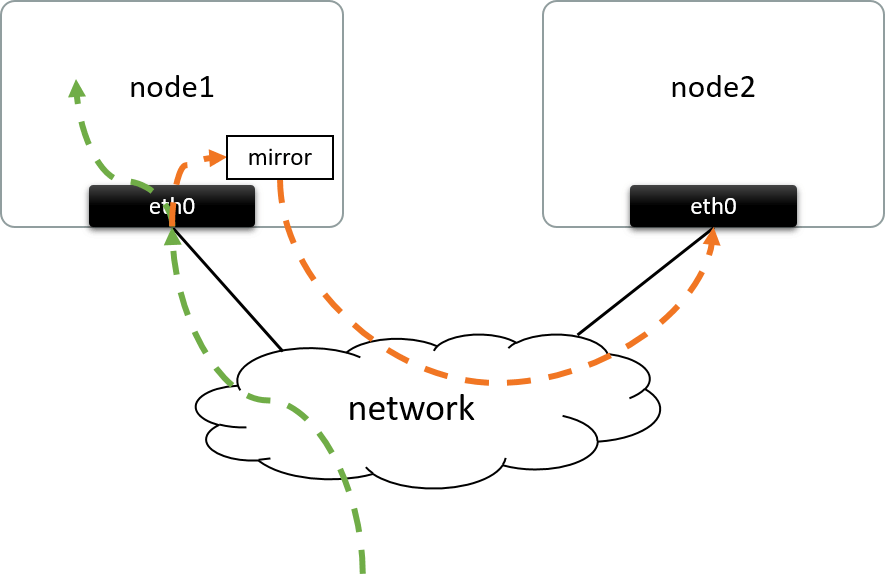 Fig 1.1. Mirroring the ingress traffic of eth0@node1 to a remote node

Fig 1.1 performs mirroring merely on the ingress packets, but the egress could also be mirrored; besides, you could also filter the packets (e.g. select TCP SYN packets only) before copying them.

Another thing needs to concern: should we copy each interested packet exactly as it is, or just part of it? Well, this depends on your needs, such as,

With the above requirements in mind, let’s break them down and try to propose a solution.

This is the first problem we need to solve. Actually, it depends on the networking infrastructures we are running on. Such as,

Send copied packets to the destination

This is what we care about more in this post. If mirrored packets already at hand, how should we correctly send them to the remote node?

Put mirrored packets directly on the wire and send out won't work, as both the dsc_mac and dst_ip of the packets are destined to the local node rather than remote node, which results to, 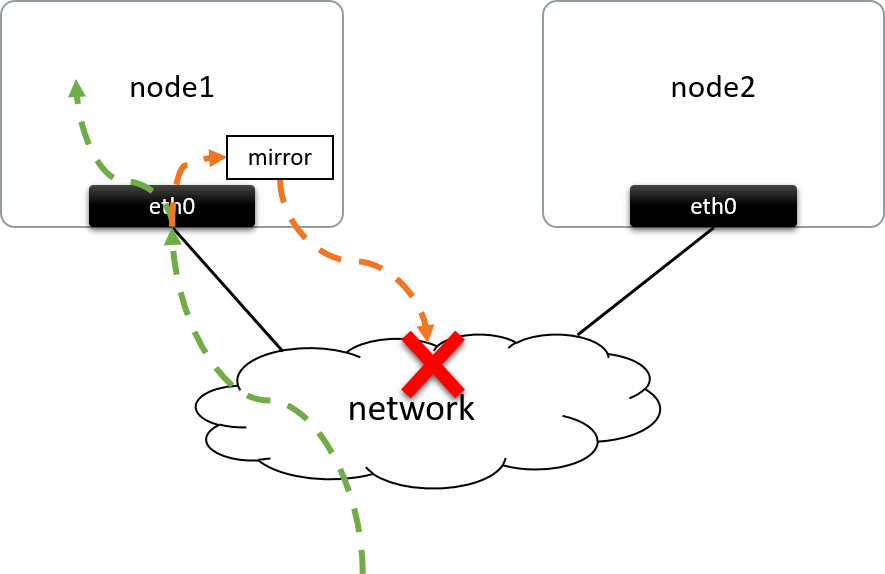 Fig 1.2. Mirrored traffic won't arrive to the destination node if directly them put on the wire

Also, you couldn’t send them there by changing the IP/MAC of mirrored packets to destination node's, as altered packets are not “mirrored packets” anymore - which will be useless to the receiving side (e.g. IDS).

Then, how could we send them to the remote node without changing them? Here comes tunneling.

One feasible way to send the mirrored traffic to the remote node is: treat each copied packet as an opaque payload, encapsulate it into another packet and send to the remote node; at the receiving side, extract this mirrored packet by decapsulating the outer header.

There are many encapsulation formats to achieve this purpose, such as VxLAN, which puts the original packet into a new UDP packet, as shown below:

With all the above analysis, we are now ready to implement a sample traffic mirroring system.

And of course, we won’t make everything from scratch: Linux already provides us lots of tools that could be used to fulfill this task, including:

Let’s setup our container based playground.

Make sure docker is installed before proceeding on. And this post uses docker’s default settings, which indicates,

Now, we’re ready to march on.

In the following, we will use nsenter -t <netns> -n <commands> to execute commands in container’s network namespace, this is equivalent to execute those commands inside the container. 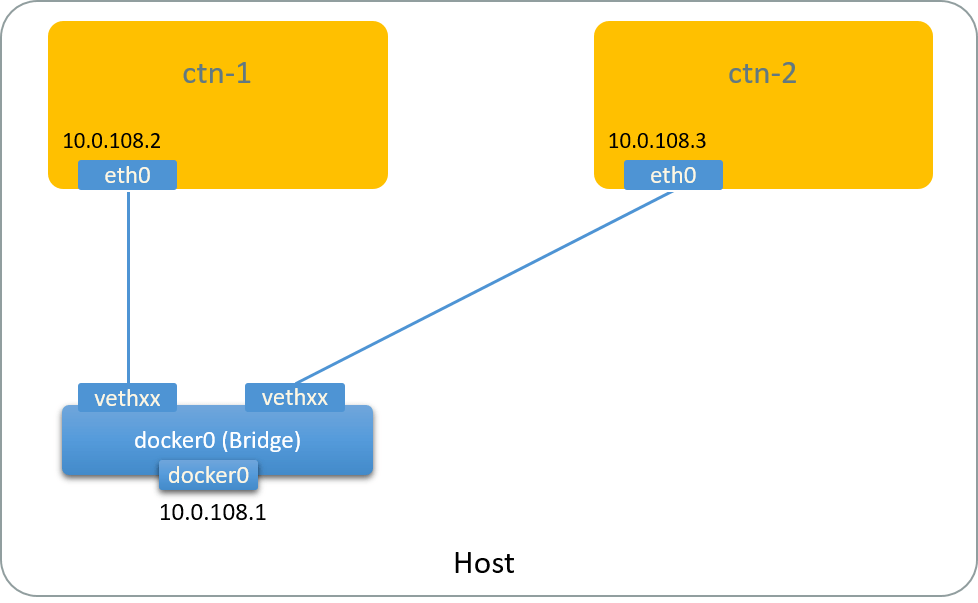 See Appendix if you are curious about how this topology comes to place.

2.1.3 Connect containers with another network

The topology will be:

Fig 2.2. Network topology after adding a bridge and two vNICs to containers

Add a veth pair, with one end serving as vNIC for ctn-1, and the other end attaching to docker:

First, take a look at the routing table inside ctn-1: 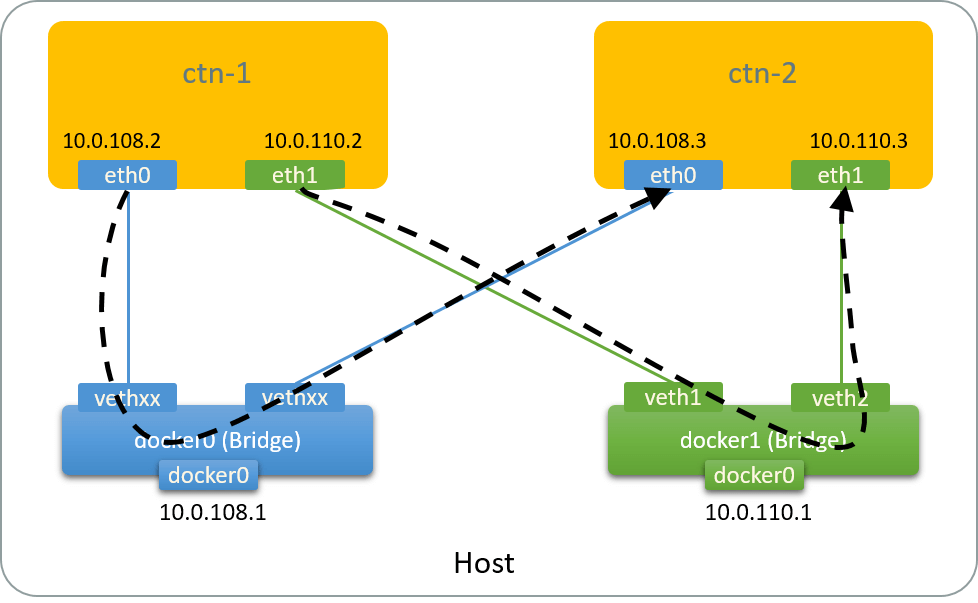 Fig 2.3. Traffic paths when pinging each IP address of ctn-2 from ctn-1

As shown in the above picture, we can now reach ctn-2 via a distinct path (via eth1), which is independent from the default one (via eth0). We will send our mirrored packets with this path in the next.

Now we are ready to set up a VxLAN tunnel on top of the eth1 NICs between ctn-1 and ctn-2 . 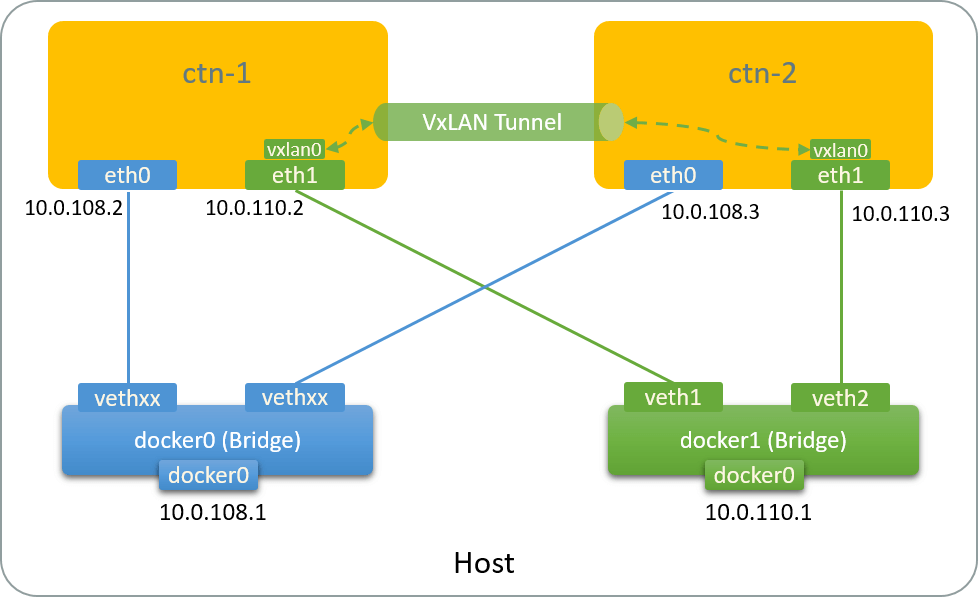 The Linux kernel ships with an excellent traffic control (tc) subsystem, which can filter and shape the bandwidth of network devices by queuing the packets on the devices first then transmitting them by specific algorithms. These algorithms are called qdiscs (queuing disciplines).

It needs to be noted that, traffic shaping only works on the egress side - as you can only control the transmitting behavior of yourself - ingress bandwidth is determined by other nodes, which are out of our control for most of the time. But the good news is, there is still a qdisc for ingress, which is used for filtering (and dropping if you like) the ingress packets, as shown in the above picture.

For more information on Linux’s traffic control subsystem, refer to [5,2] and this translation if you can read Chinese.

For simplicity, we’ll only mirror the ingress packets in the next.

All ingress packets on eth0 will be sent to this qdisc.

Add a filter to choose what types of packets to mirror: 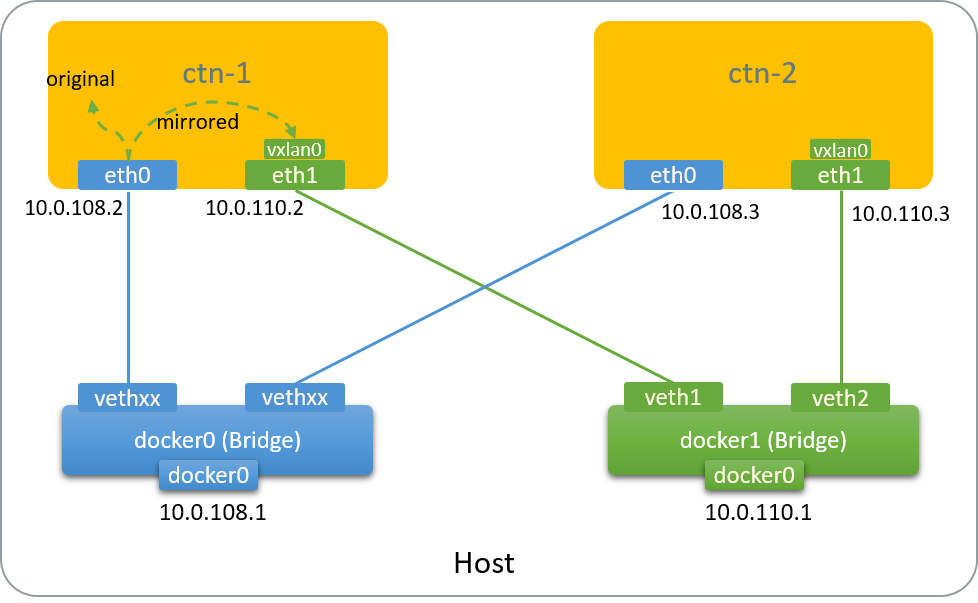 Capture the traffic at eth1@ctn-2:

As the output shows, the ingress traffic has been mirrored to this NIC using VxLAN encapsulation. Traffic path: 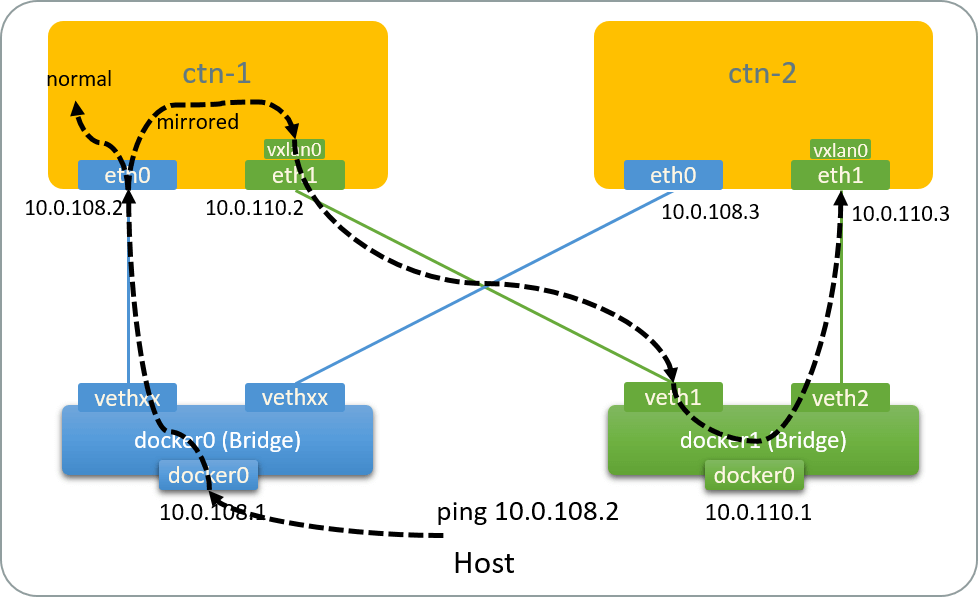 Encapsulation will add additional headers to the original packets, so eth1 should have a large MTU than eth0. Otherwise, big packets will not be mirrored but dropped.

You could choose what type of packets to filter, e.g. ICMP packets, UDP packet, refer to [2, 5] for more examples.

As has been said, VxLAN is only one of the encapsulation formats. You could try other formats, e.g. GRE [2].

Software encapsulation/decapsulation takes nontrival amount of CPU resource, but this is beyond the scope of this post.

This appendix explores how containers connect to bridge docker0 (how the following picture comes):

First, get the detailed information about network device docker0:

in the above output,

In the same way, get the defailed information about eth0 inside ctn-1:

Find the device with index 259:

Then show the device details:

Repeat the same procedure for ctn-2, we will just get the picture in the above.